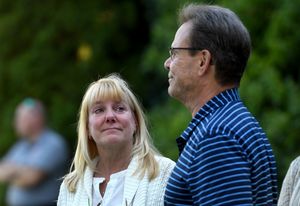 <p><p>Former North Idaho College President Rick MacLennan filed a lawsuit Friday in Idaho District Court, claiming he was wrongfully terminated by majority members of the college Board of Trustees.</p></p><p><p>The complaint names the college as a defendant, along with the three members of the five-member board who spearheaded the move <a href=”https://www.spokesman.com/stories/2021/sep/22/north-idaho-college-board-fires-president-rick-mac” target=”_blank”>to fire MacLennan without cause late last month</a>: Board Chair Todd Banducci, Vice Chair Greg McKenzie and Trustee Michael Barnes. The Spokesman-Review has obtained a copy of the complaint.</p></p><p><p>The filing alleges that MacLennan’s firing, which the board enacted Sept. 22 and took effect a day later, was in retaliation for complaints the former president made in January against Banducci concerning allegations of aggressive, unprofessional and threatening behavior.</p></p><p><p>With the lawsuit, MacLennan is seeking to be reinstated as college president, with compensation for any lost wages and benefits, and more than $10,000 damages in connection with alleged violations of the state’s Protection of Public Employees Act.</p></p><p><p>Defendants could be served with the complaint as early as Monday, according to a spokeswoman for the law firm. Members of the college Board of Trustees did not immediately respond to a request for comment Friday.</p></p><p><p>“The college has not received anything from the complainant,” Laura Rumpler, chief communications and government relations officer for North Idaho College, said in an email. “Since this lawsuit has just been filed, the college is not able, at this time, to provide any information as this is pending litigation and we will need time to review the complaint with legal counsel.”</p></p><p><p>The legal filing restates MacLennan’s complaints as part of the timeline leading up to his firing.</p></p><p><p>In particular, MacLennan has accused Banducci of verbally and physically assaulting a female college employee at a college-sponsored event in Dec. 2019 and making a statement in November suggesting he would meet with MacLennan more frequently to give him his “marching orders.”</p></p><p><p>MacLennan is represented by Peter J. Smith, an attorney with Coeur d’Alene law firm Smith + Malek who is a member of the board for the North Idaho College Foundation.</p></p><p><p> MacLennan served as college president since 2016.</p></p><p><p>The lawsuit marks the latest conflict between MacLennan and majority members of the board. MacLennan once called the discord an “untenable situation.”</p></p><p><p>The allegations against Banducci led to a separate complaint filed earlier this year to the Northwest Commission on Colleges and Universities (NWCCU) by the Kootenai County Task Force on Human Relations and the human rights task forces for Spokane, Bonner and Boundary counties. The NWCCU is investigating whether the college is still within compliance for regional accreditation.</p></p>