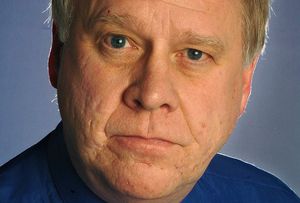 <p><p>Several journalists with ties to the Inland Northwest and beyond thanked longtime Spokane reporter Bill Morlin on Sunday for his help and inspiration.</p></p><p><p>“Bill lived by the truth, and was a giant in journalism,” tweeted Leah <span>Sottile</span>, a former Inlander reporter and freelance journalist who reported the “Bundyville” podcast, a look at the ranching family that has inspired armed uprisings against the federal government in the West. “He believed in me, and encouraged me like no one ever has. We had so much more work to do together.”</p></p><p><p>Matt McKnight, a freelance visual journalist, credited Morlin with helping him find the site of a makeshift memorial to LaVoy Finicum, the militant who was shot and killed by police following the occupation of a national wildlife refuge in Malheur, Oregon.</p></p><p><p>“If it wasn’t for him, I wouldn’t have made it out there to make photos of them in time,” McKnight said in a message Sunday. “He was in Spokane, somehow figuring all this stuff out from hundreds of miles away. He was better sourced on his beat than anyone I’ve ever known.”</p></p><p><p>Gary Graham, the former managing editor of The Spokesman-Review, called Morlin’s career “a master class in relentless reporting. Bill was a class act.”</p></p><p><p>Mark Pitcavage, a senior research fellow at the Center on Extremism, called Morlin “one of the last ‘old guard’ journalists who specialized in covering the far right.”</p></p><p><p>“His knowledge was deep, his contacts extensive, his scoops numerous,” Pitcavage wrote on Twitter on Sunday. “And yet he was also always willing to listen to the opinions of others.”</p></p><p><p>Melissa Luck, news director at KXLY-TV, credited Morlin with helping her during her early days of reporting in Spokane.</p></p><p><p>“Bill approached me at a federal court hearing and offered to help,” Luck wrote on Twitter. “He has helped me a million times since. With tips, with background, with kind words.”</p></p><p><p>Most said they’d been exchanging emails and phone messages with Morlin in recent weeks about upcoming projects.</p></p><p><p>“Bill was the reporter I most admired, and he was always just a phone call or email away,” wrote Meghann Cuniff, a former reporter for The Spokesman-Review now based in California and working for Law.com.</p></p>